Although many have called it an old-fashioned tradition, and most weddings I attend anymore don’t have them, Andrew and I wanted to make sure we had a receiving line. We wanted to thank each individual guest for being there to support us and just show them how much we appreciated having them there with us. We had many elderly couples that were coming to the ceremony and couldn’t make it to the reception. The reception is already so full of events that there usually isn’t time to greet everyone. 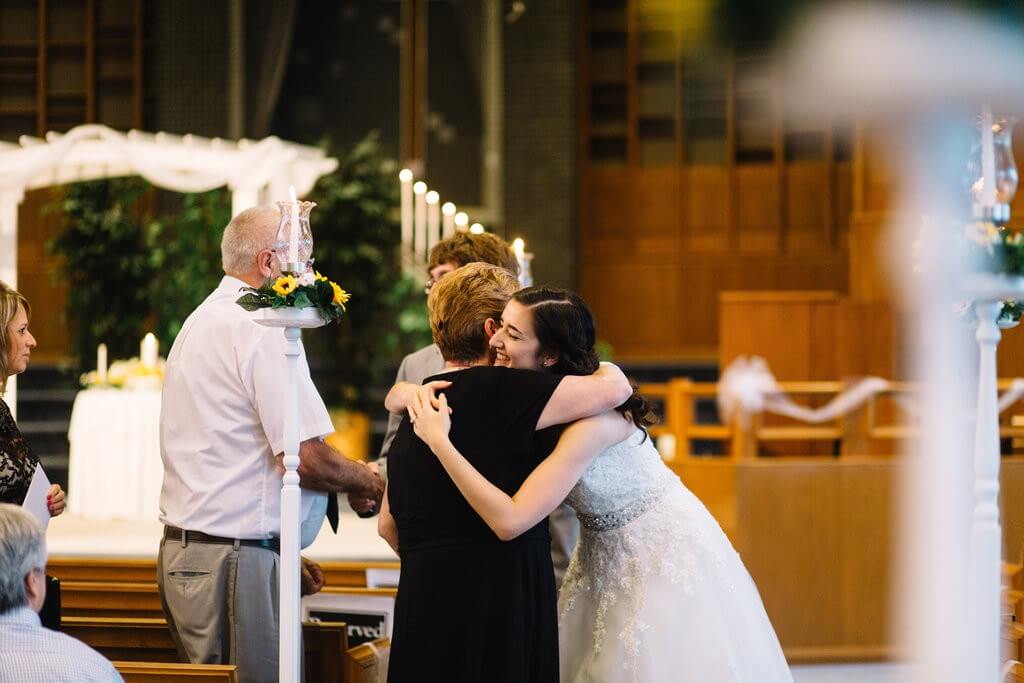 Instead of having ushers dismiss by aisle, Andrew and I went in ourselves and greeted everyone at their row. All of our guests could remain seated until it was their turn and they wouldn’t have to stand in a line all bunched together. I was still overwhelmed by all of the people that came to celebrate with us! 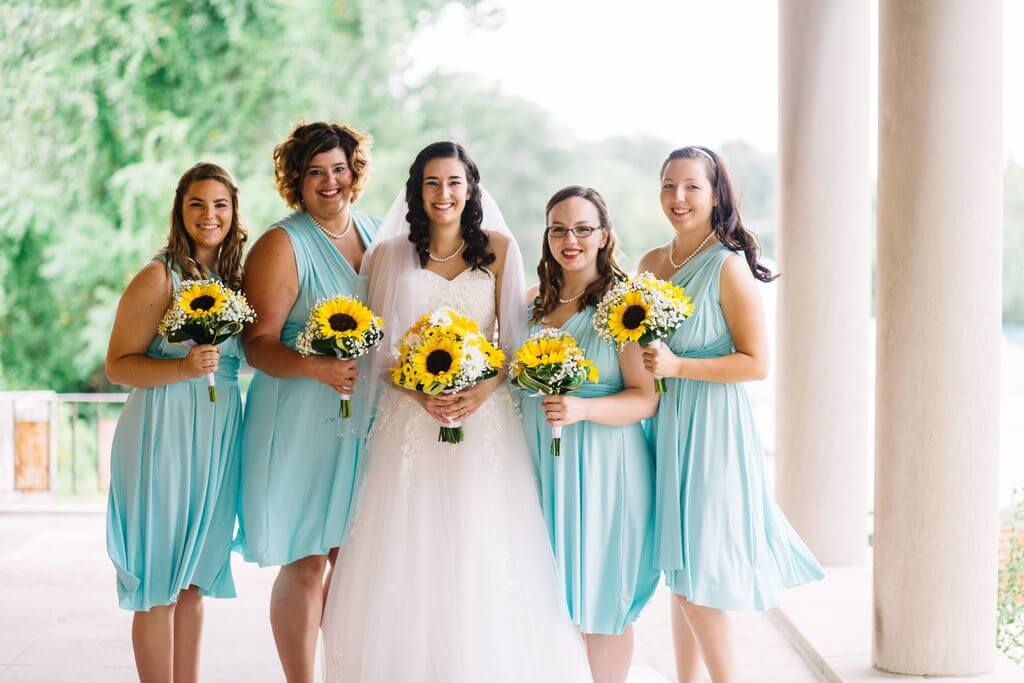 After we had greeted all of our guests, we finished up the formal family pictures and bridal party pictures. It was a little chaotic because we kept losing family members and groomsmen and then a sister, haha – but we finished in good time. We picked a park near the ballroom to take the rest of the bridal party pictures. We carpooled there (have you seen the price of renting a limo??) and managed to mostly (we lost a few people on the way, haha) get there all at the same time. 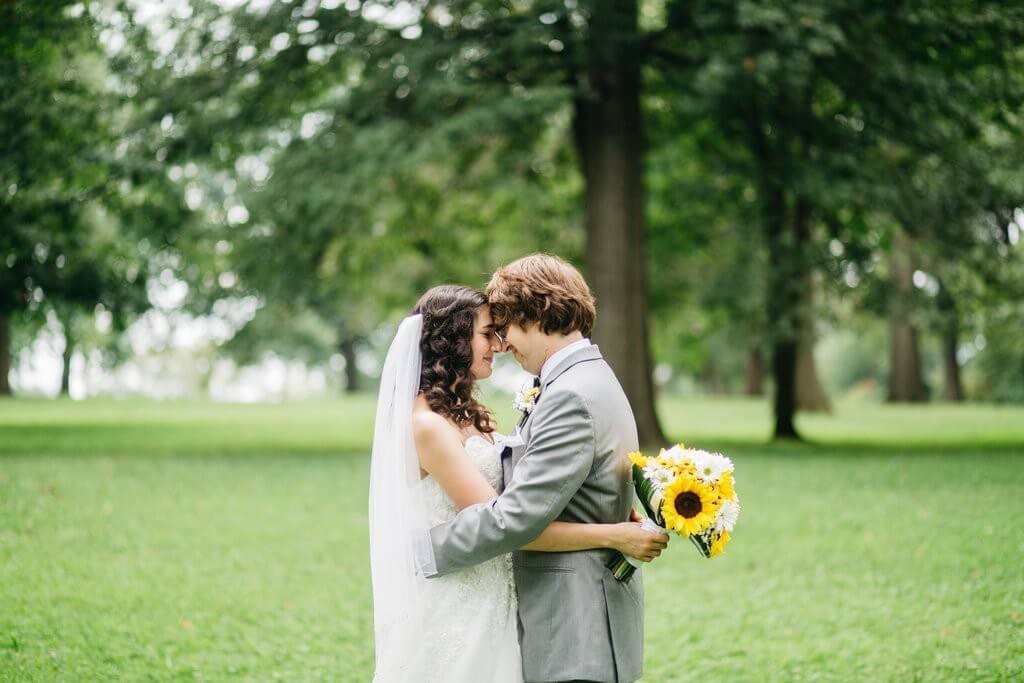 I was a bit disappointed in the weather that morning. It was cloudy, kind of dreary, super humid which was wreaking havoc upon my hair. I was hoping for sunshine and rainbows, but I was happy that it at least wasn’t raining, because I was absolutely terrified that it would rain and we wouldn’t be able to do outdoor pictures! So thank you, Lord, for holding off the rain! Plus, the lighting in the pictures was perfect, so I really have nothing to complain about!

Since it was muggy. there were lots of bugs out. Normally that would not have been a big deal, but the netting on my dress acted like a bug net. Eek! It was so disgusting – all of these flies, gnats, and Lord know what else trapped in my dress. We found a cricket at one point and though we laughed and laughed, I was so happy when my sister picked it out! Thankfully, none of the bugs could be seen in the pictures.

Our photographer picked a secluded area of the park with lots of trees and an open area. We started with the whole bridal party and then did individual pictures with each of the bridesmaids and groomsmen. We opted to do funny poses, which turned out hilarious!

After we finished up with pictures, my sister and Andrew had to take each layer of my dress and shake out all of the flies and gnats. I couldn’t stop laughing as we swatted and shook out the tulle and netting. I almost wish the photographer would have gotten a picture of that because it was such a bizarre moment. I never imagined after spending so much money on my dress I would be picking bugs out of it! It still is cracking me up as I write this post.

I was a little nervous about how the pictures at the park would turn out. I don’t consider myself photogenic and I feel like I do the most awkward poses, hand gestures, etc. in pictures, but oh my word. I loved every single picture. My mother and I gushed over them when we got them back a few weeks later, oohing and aaahing over them all! I really can’t pick favorites from the park because there are just so many. But here are a few of them, including the silly ones.

This is the fourth post in a series about my wedding. You can also read about the morning of my wedding and the ceremony.

17 thoughts on “The Outdoorsy Stuff”