I can’t tell you why exactly — maybe it’s because I’m an introvert, or the fact that I can’t dance to save my life? — but I was really nervous about my reception. My worries were unwarranted, however, because it was the most fun ever! We held our reception at a ballroom near downtown St. Louis and the ballroom was simply beautiful – it didn’t require much decorating except for the tables, which made it a lot less stressful!

We kept the centerpieces pretty simple with sunflowers and baby’s breath in a vase and some candles. We made “I Do” activity and coloring books with crayons wrapped in a piece of blue ribbon to keep the kids entertained (we had so many kids there!). 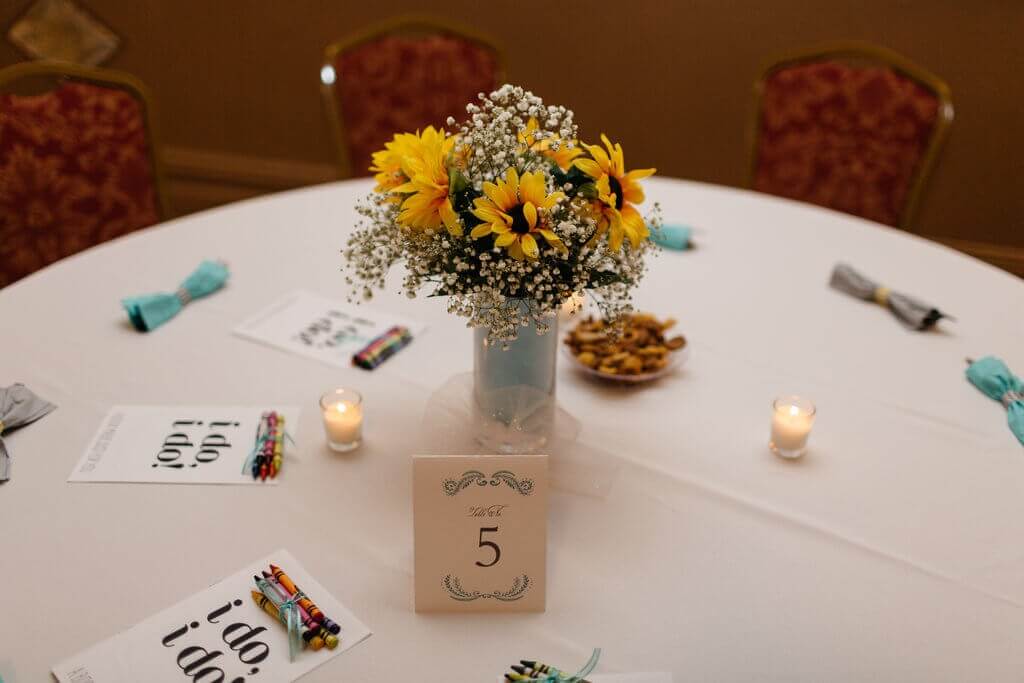 The night began with the DJ introducing our parents and the bridal party down on the main entrance to the dance floor, but we surprised everyone by coming out of the secret door on the balcony. It was oh my gosh, so hilarious to see everyone’s looks of surprise and shock when they turned around and saw us there. Their reactions were absolutely priceless!

My dad said a quick prayer before what I was most excited for: eating! We catered an “hors d’oeuvres buffet” which is really just a fancy way to say junk food, but that’s what my mom kept telling everyone we were having. Andrew is so picky that a traditional meal (salad, veggies, potatoes, meat) he wouldn’t even eat half of, and none of that is really a meal we love, so we went with what we do love! Chicken tenders, crab Rangoon, fruit kebabs, loaded potato skins, dollar sandwiches, and toasted ravioli (which is a St. Louis thing that everyone should have!)! It was so good. I had Andrew go get us seconds and we had several people ask for the caterer because they wanted to use them in the future!

I should mention now that our DJ was a little…needy. I’m not sure what other word to use, because he had to talk with us every time before he moved on to the next event, which is okay to an extent because I’m glad he wanted things right, but I felt like it made the night very choppy. There’s a reason I included a schedule for the evening, but that’s beside the point I suppose.

So after our approval, we moved into the speeches and I was very proud that I didn’t cry during my maid of honor speech. I was a bit nervous about the best man speech – he had so many horrible stories that he could have shared that would have been just absolutely mortifying, but it was actually really sweet. 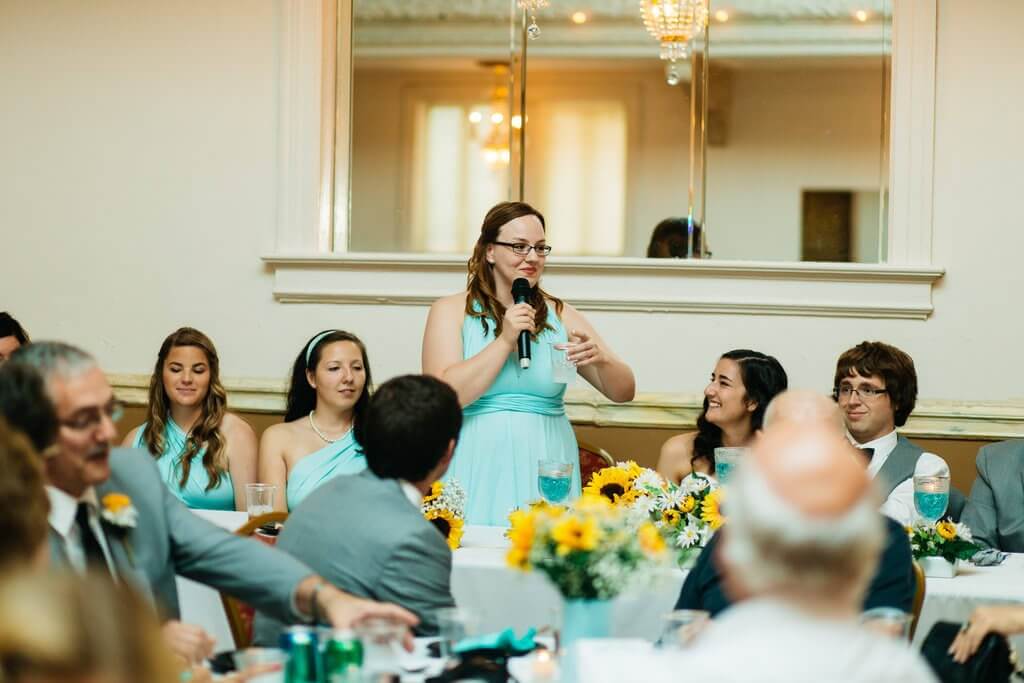 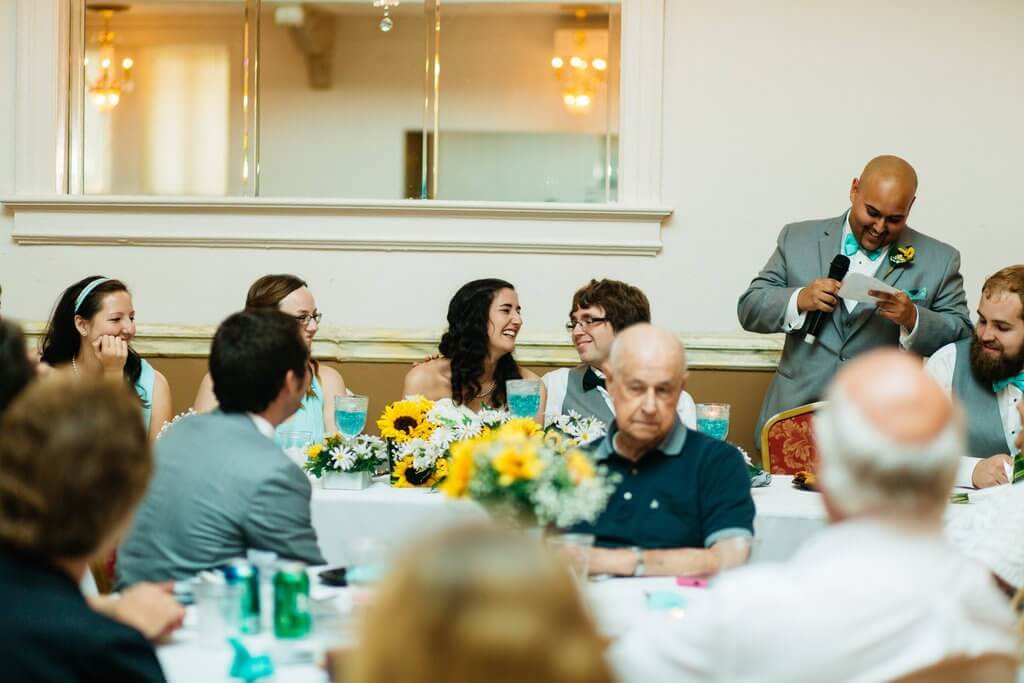 We next played the “shoe game”. We sat back to back on the dance floor and the DJ asked a series of questions, such as “Who is more likely to have road rage?” Then we would raise the shoe of the person that answered that question. Sometimes we would both raise the same shoe, but it was hilarious when we would disagree and hold up different shoes. We were always peeking over our shoulders to see which shoe the other person raised and I think all of our guests really enjoyed it. We finished with “Who do you love more than anyone else?” <3 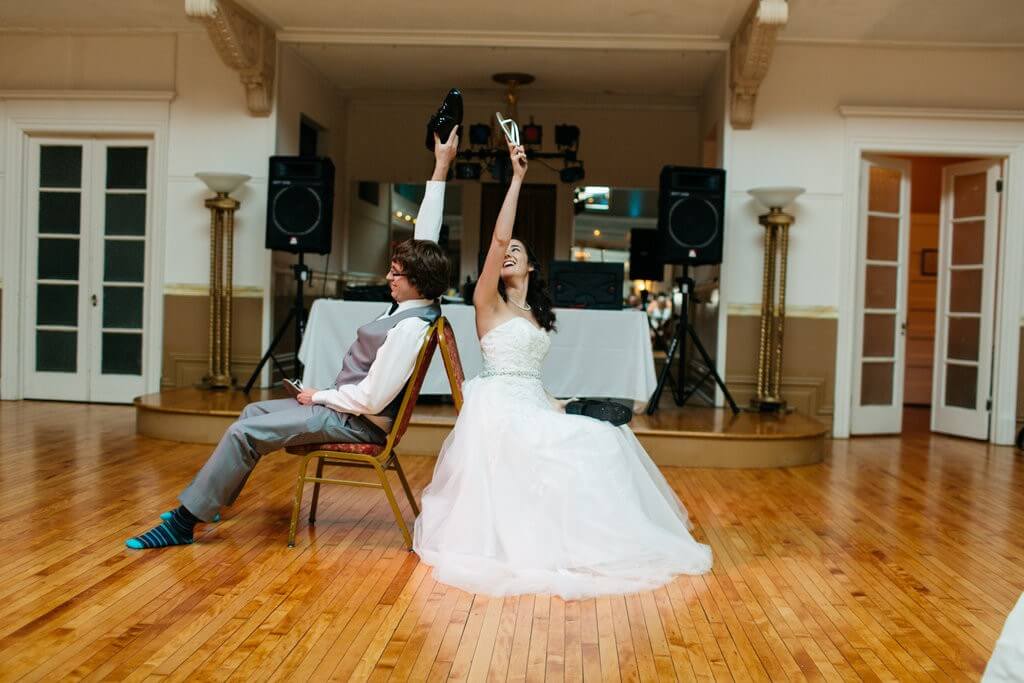 We served cupcakes instead of the traditional wedding cake and, to help us save money on the cost of the dessert, my aunt baked all 300 something cupcakes for us! She made us a small cake for us to cut and then I surprised Andrew with a batman Groom’s Cake. All of the cupcakes and cakes looked awesome and Andrew loved the Batman cake! 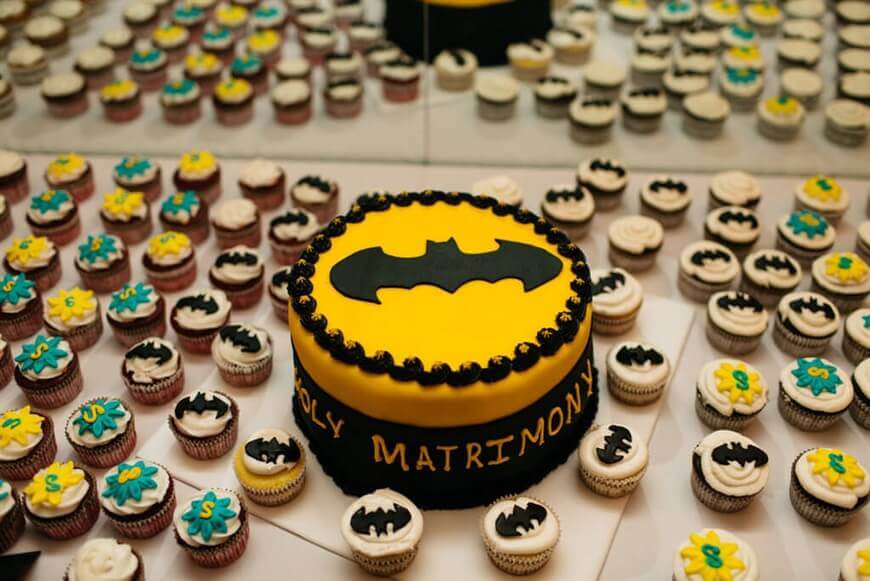 The cake that we cut was a little hard to cut, and we kept cutting into the ribbon that wrapped around the bottom. As we each held our pieces and sized each other up, I told Andrew that he had to be nice. And then we both proceeded to shove cake into each other’s face. My aunt used fondant as the icing – which was good and bad; good because it doesn’t smear well, so I didn’t have to worry about it all over my face, but bad because it didn’t smear all over Andrew’s face. ;P 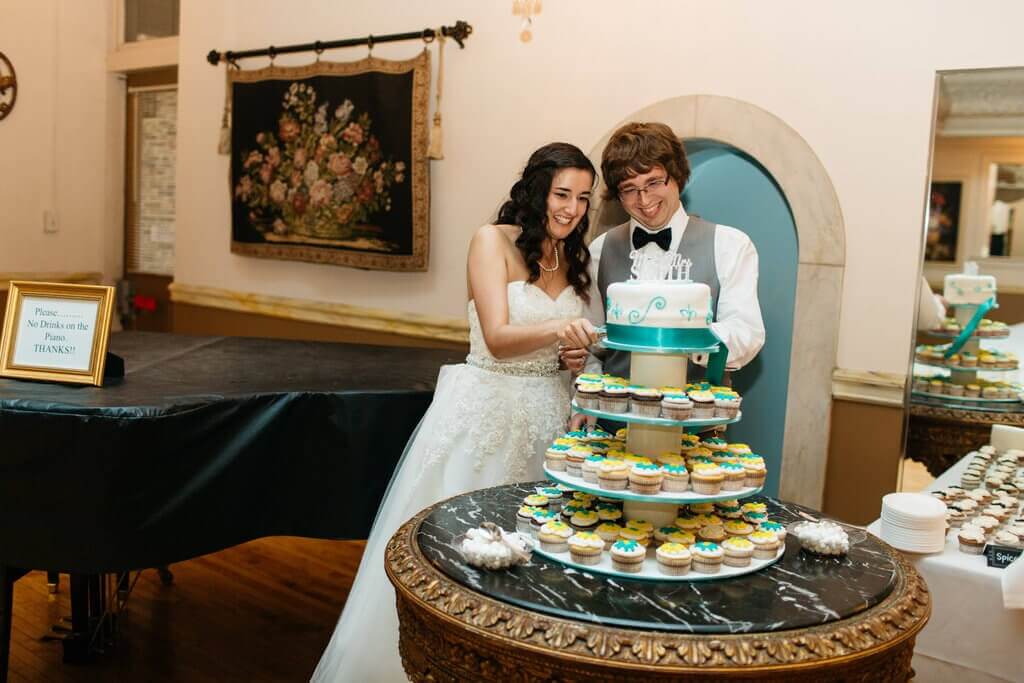 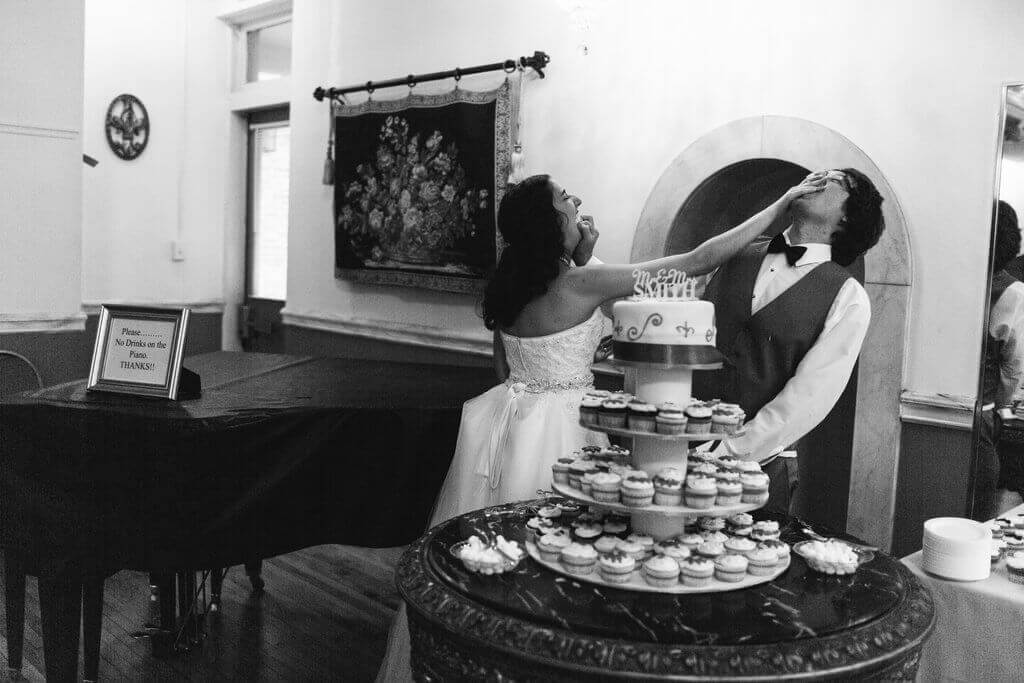 We love each other, I promise.

This is the fifth post in a series about my wedding day. You can also read about the rehearsal dinner, the morning of, the ceremony, and the outdoor pictures.