As I shared in my last post, the first day and a half we went sight-seeing in San Juan and Old San Juan.

On Monday morning, we drove to Guayama and arrived at the church that was hosting us for the week and moved all of our luggage into a room we were sharing with four other groups. The church had provided us with cots to sleep on – which I was pretty excited about because my air mattress almost always gets a hole in it! So we made our cots and went to a little strip mall down the street for lunch. There was a Taco Maker, which we were told was like Puerto Rico’s Taco Bell, so me and a few other girls went to try that while the others went to Subway. (It seems silly to me to go to a different country and not try their food, but anyways…) I’m glad I tried it, and it wasn’t bad, but I do prefer Taco Bell, haha.

Later in the day we found our crew assignments. World Changers divides up the youth and adults from each church and puts them together on what’s called a crew. Usually you have at least one person you know from your church on your crew. Each crew is assigned a house that they will be working on for the week (unless you are not doing construction, in which case you do community service type of work). My crew was called the “Dumpsters” and I was with the girl I am closest to in my youth group so that was exciting.

We met the rest of our crew and everyone seemed really nice. We were all already talking about things like school and college and getting to know each other better. We had three Puerto Ricans on our crew that were from either the host church or another local church to help us and to translate for us. 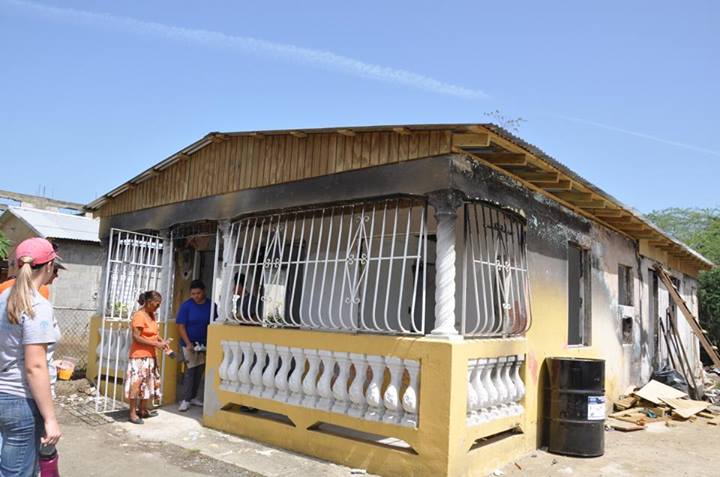 Tuesday morning we started work. We drove out to the house we would be working on and the neighborhood was pretty poor. Our homeowner’s name was Fao (pronounced like “foul” without the “l”) and she was just the sweetest little old lady. Her house had burned down (except for the cement structure) so we would be building and putting on a tin roof for her and scraping off the burnt paint on the inside. She shared with us that she normally takes a nap around noon, but one day her sister called her and woke her up to tell her someone they knew had died. She then heard a scratching noise and thought some people were trying to break into the back of the house. So she went to the front door to lock herself inside when a huge ball of flame erupted from the back room and that part of the roof caved in. If her sister hadn’t of called her and woke her up, she probably would be dead. It was truly a miracle. 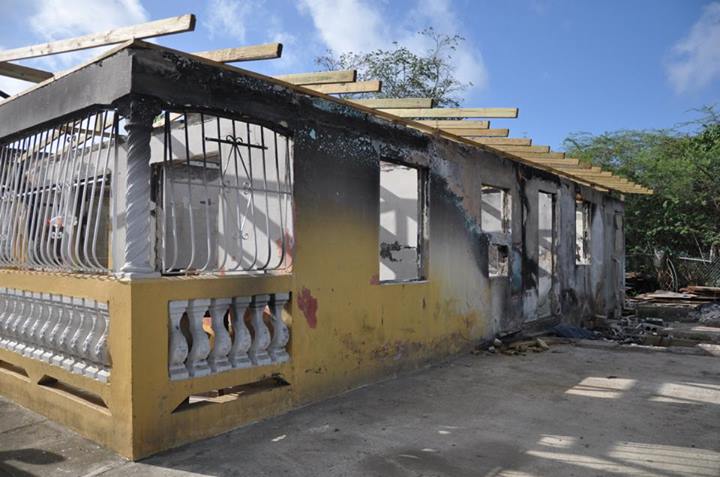 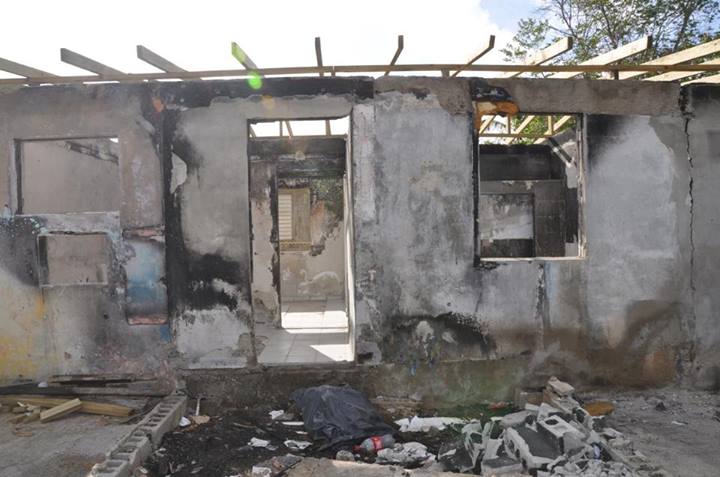 She cooked lunch for us everyday just out of the goodness of her heart. The church provided us with lunches, but she wanted to make us something other than sandwiches. I loved it because I love trying authentic food. The first day she made chicken with rice and beans, and plantain chips. The second day she made empanadillas, like the ones we had on the beach but better.

The third day she made us rice with ribs and salad. The fourth day she made some kind of pasta dish with macaroni noodles and a red sauce. I’m not sure what the meat was, but it tasted good! I would’ve taken pictures, but I thought that might be weird or rude, so I don’t have any pictures of the food to share with you all.

In the seven years that I’ve been doing World Changers, I’ve always had a painting job, so it was exciting to finally have a roofing job! It was hard work, since we didn’t have any power tools, so we had to nail the roof down sheet by sheet, nail by nail. I got blisters on my thumbs from holding the nail and from the hammer, so it was kind of painful the rest of the week. But it was all worth it when we finished on Friday and Fao teared up and gave us all huge, long hugs. 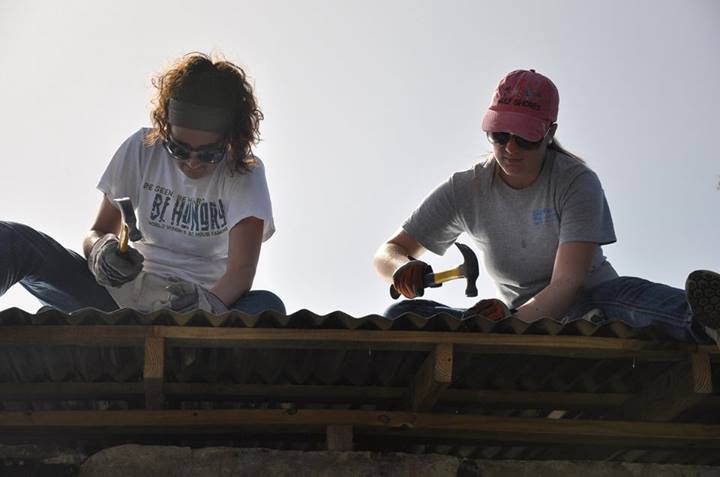 We ended up finishing the roof a little bit earlier than expected so we were able to prime some of the inside walls, so in a way, I still had a painting job. 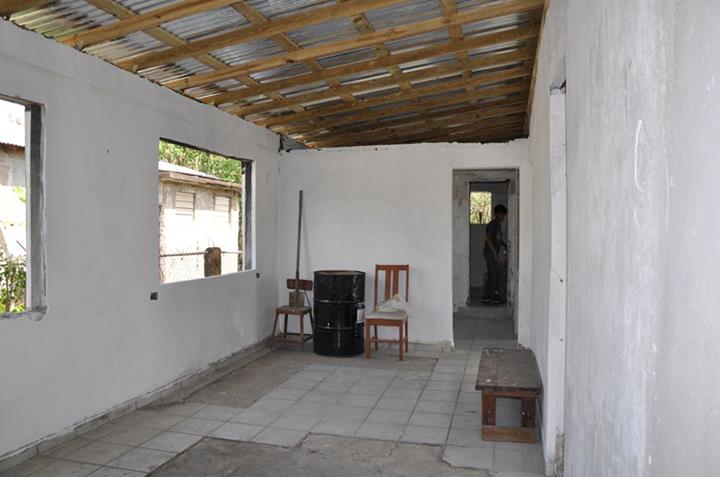 Every night we had praise and worship and it was such a cool experience because they had it in English and in Spanish. One of the Puerto Rican girls kept laughing at us Americans every time we would try to sing the songs in Spanish. We were really terrible, haha, but it was a lot of fun and just an awesome experience. Kind of awesome to know that our God understands all of the languages, even if we don’t. 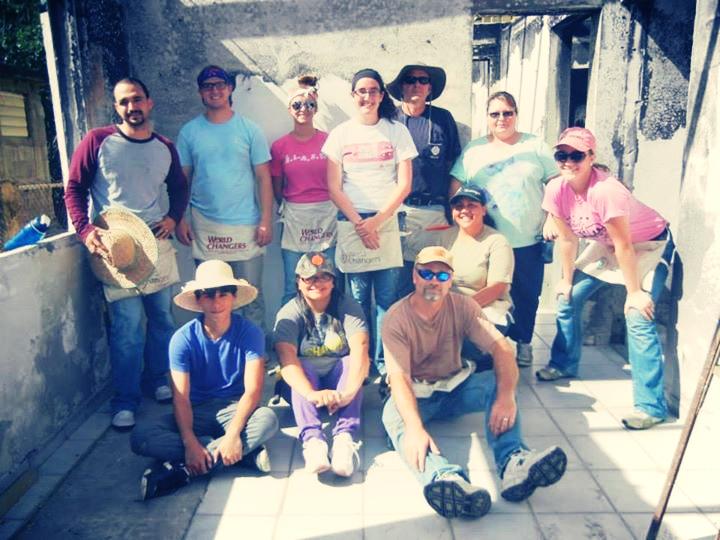