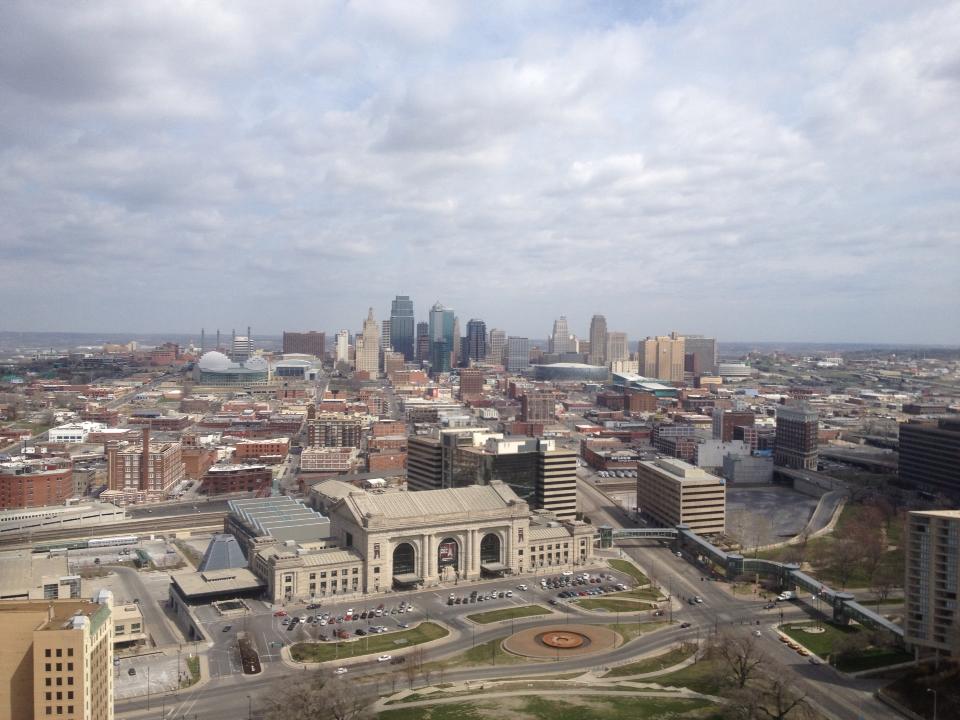 My spring break was last week and I have to say that it was the most busy, nontraditional break that I’ve ever had. For starters, it’s been tradition since I believe my freshman year of high school to watch all of the Lord of the Rings movies over spring break. I had every intention of doing that this year as well until other things popped up. So I do regret that I broke tradition, but in my own defense I did watch them about a month earlier when I introduced them to my roomie, so I still got my LOTR fix.

My campus ministry that I’m involved with – Impact – planned a spring break trip to St. Louis, conveniently where I am from, to work on one of the college campuses there with another church to plant a new non-denominational campus ministry. We really just did groundwork, talking to get to know students and the campus in general which we relayed to those that will be directly involved to let them know the interests/needs of the campus and students. It was a really cool experience and I got a lot out of it.

Of course, that sucked up the majority of my break. I offered my house as a host home so the girls stayed at my house. It was fun and they got to meet Tabor, who is of course, my baby. <3

The weekend before and after Impact came I spent with friends and family and did some much needed shopping. We celebrated my brother turning 24 (geez, that makes me feel old…), celebrated my three year anniversary with Andrew, watched old Disney movies with friends and had a sleepover (that took me back to when I was about twelve and did that ALL the time), and of course shopped – which is always a blessing and a curse. I don’t have a car and there’s nothing really in my budget nearby the dorms at school, so I haven’t gotten new clothes/shoes since…. last September. O.O My wardrobe really needed an upgrade. I didn’t find a lot of stuff, but I did get some new cute shoes which were all on sale! I love shoes.

For me and Andrew’s three year anniversary (sometimes I can’t wrap my head around the fact that we’ve been together that long) we planned to hit four different restaurants and only order dessert. (Best idea we’ve had yet.) I wore a new dress and Andrew wore a black dress shirt with slacks. He looked handsome. :love: Our first restaurant was Buffalo Wild Wings, where we were completely overdressed since it’s just a sports bar, haha, but it was fun. We ordered their dessert nachos: a crispy nacho type chip sprinkled with cinnamon, topped with four scoops of vanilla ice cream, and drizzled in fudge and caramel. It’s supposed to feed six people….but it nicely fed me and Andrew.

Our second restaurant we went to was Houlihan’s, where we ordered their S’mores chocolate fondue. It comes with iced graham crackers and strawberries. After eating that, we were both pretty full, so we thought we’d take a break and rent a movie. After the movie (Argo – fantastic and would totally recommend it) we decided we were still too full to go anywhere else. So it was just the two restaurants, but it was a lovely date. <3

I had discussed being really concerned about finding a job for the summer and I have good news! I got a job at a doctor’s office archiving old medical records and other organizational stuffs! I’m very excited as it pays well and I will most likely work between 30-40 hours a week, which is much needed! Ahh, I am just very blessed!

In other news, baseball season has started!!!!! That means that I would preferably spend most of my time plopped in front of the TV watching the STL Cardinals dominate……. but oh wait, I’m not in St. Louis so they don’t always televise the games. -.- Bah, it’s okay though. I just proudly wear my STL baseball hat around campus.

I also may have just bought a very large (3×5 foot) Cardinals flag that I’m going to hang in my dorm room… haha, hope my roomie doesn’t mind. Then again, she had to deal with me post-season of last year.