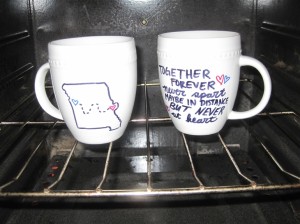 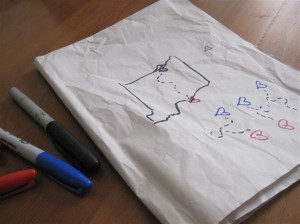 September has gone by fairly fast even though it seems like I haven’t been doing much out of the ordinary. I’ve been meaning to blog, but I haven’t felt like I’ve had much to say. My days have been rather redundant – I go to class, go to work, sleep, and pretty much repeat. I’ve been working a lot more than I would like to, but it keeps me busy and gives me some kind of income.

I’ve been feeling better. I’m getting into a routine which is good, though I still have rough days. I see Andrew about once a week. It’s hard since we both work and both have class at different times, but we try to do one night a week where we do dinner (usually cook dinner since we’re poor, haha) and then watch a movie or just do homework together. Tonight we made pancakes.

I’ve been working pretty much every night that I have events with the group that I’m involved in on campus (called Impact) which has really sucked. I miss seeing my friends from there so I think I’m just going to start requesting days off.

Other than that, life has been pretty boring. But no news is good new right? I’ve got some pretty heavy coursework coming up so I’m probably going to be non-existent. I keep thinking of that song, “Summer has come and passed…wake me up, when September ends.” Pretty boring, but I’m chugging through and that makes me happy.

(Also, all you visitors make me really happy too. You all are such dears, giving me such positive words when I was feeling really down. <3 )